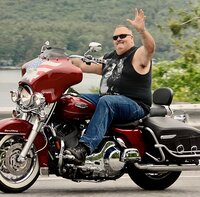 Charles Edward Deackoff of Woburn, died on Saturday, March 5, 2022 at the Lahey Clinic. He was 58 years of age. Charles was born in New York City, but spent most of his life in Woburn, MA where he moved with his family in 1965. He graduated from Woburn High School in 1981. After a short time in the Army, he went to truck driving school. He did some interstate driving but for the last 22 years has been employed by Heimlich Landscaping and Construction Corp. here in Woburn where one of his delights has been to drive their truck in the annual Halloween Parade. Charles is survived by his mother, Katharine Deackoff; his sister, Suzanne Barron of Alton Bay, NH; one nephew, Daniel Barron; and one niece, Julia Barron. A Funeral Service will be held at the Lutheran Church of the Redeemer, 60 Forest Park Rd., Woburn, MA on Saturday, March 12, 2022 at 11:00 am. Masks will be provided to attendees and social distancing should be followed. Burial will be at a date to be determined. In lieu of flowers, memorial donations may be made to the Lutheran Church of the Redeemer, 60 Forest Park Rd., Woburn, MA 01801. Arrangements by the Graham Funeral Home, Woburn.